A selection of recordings of the controversial coon song ‘Lily of Laguna’, with a focus on Australian material. Hear how the charming melody of the song belies the ugly stereotypes of the original lyrics.

She plays her music to call de lone lambs dat roam above,

When I first met Lil it was down in old Laguna at de dance, oder night

So she says, “Say, a’m curious for to know when ye leave here de way yer goin’ to go,

Since then each sundown I wander down here and roam around

Until I know ma lady wants me, till I hear de music ob de signal sound.

She’s no gal for sittin’ down to dream,

She’s the only queen Laguna knows;

Bekase she says so; She is de Lily of Laguna,

she is my Lily and ma Rose. 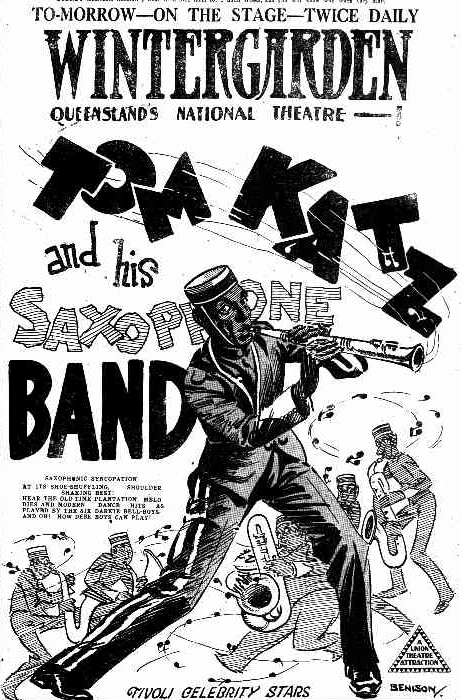 Piano solo by Leslie Harvey with vocal chorus by Vernon Paris. Recorded in Sydney c. September, 1928 and issued on Parlophone A2555. 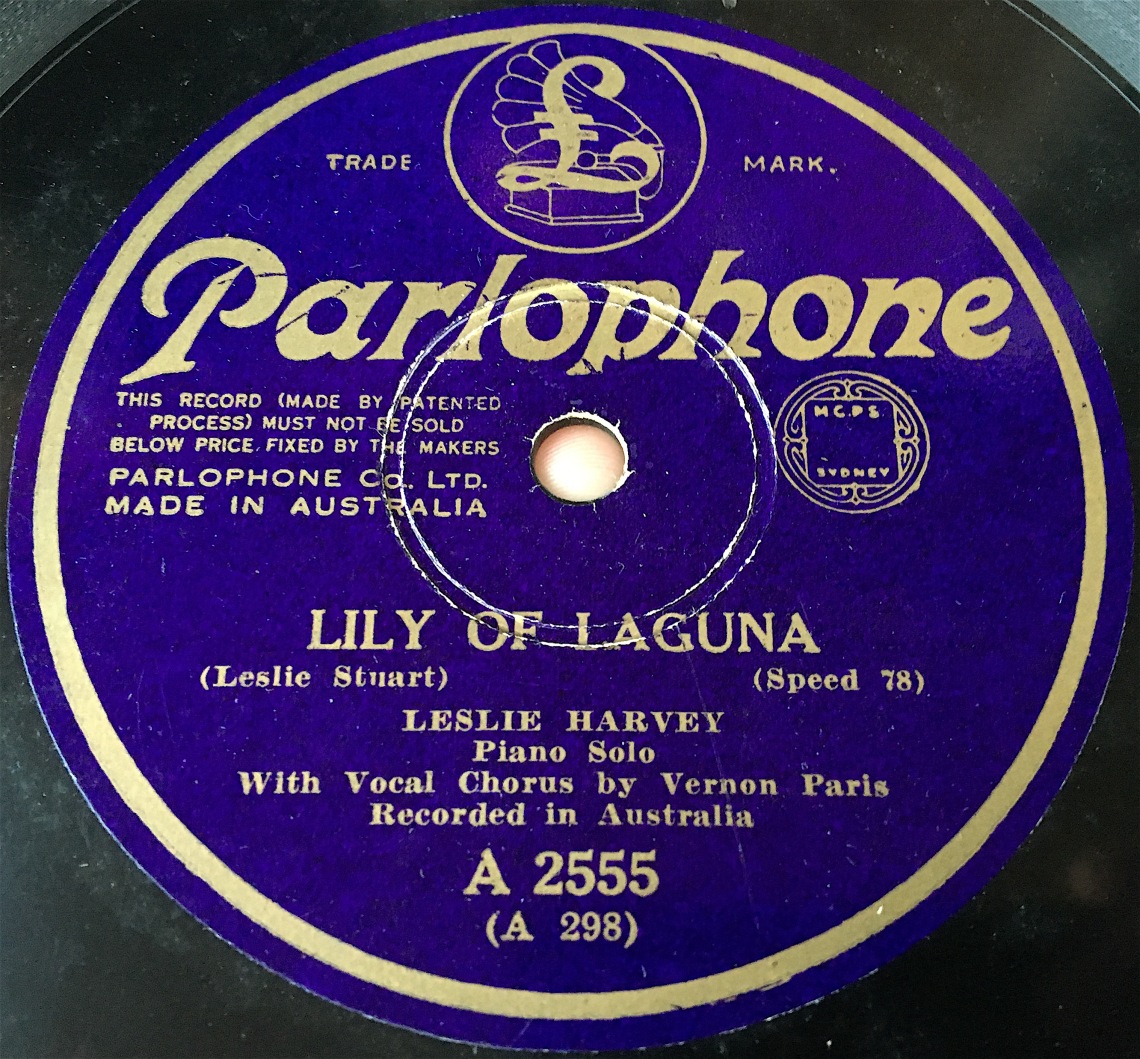 Baritone Vernon Paris with instrumental accompaniment. Recorded in Sydney, c. October, 1928 and issued on Parlophone A2576.

Baritone Walter Kingsley was one of the first artists to record at the Columbia studios in Sydney, 1926.

Winifred Atwell on piano with rhythm accompaniment performing “Let’s Have Another Party – Part 2” medley featuring Lily of Laguna. Recorded c. 1950s in England and issued in Australia on Philips B 26154 H.

Winifred Atwell in Studio ‘A’ at Castlereagh Street in Sydney, Australia, 1950’s.

Additional performances of the song:

‘Lily of Laguna’ performed by Leslie James on the Wurlitzer organ of the New Gallery Cinema, London. Issued on HMV B. 2902. Date of recording unknown.

Another organ rendition by Sydney Gustard on the organ of Gaumont Palace Cinema, Chester. Issued on HMV B. 8088