Known professionally as “Clem Dawe”, Clement Edward White (ca. 1905 – 1955) was part of the English theatrical White family. Better known on the Australian variety stage as part of the comedy duo “Edgley and Dawe”, Dawe recorded a total of six songs under his own name for the Columbia company in Sydney during 1926-27. Only four were eventually issued on the Regal label, including the two misogynist numbers “The Woman Hater” and “Married Life Medley”, recorded on October 25, 1926. Dawe seems to have recorded another misogynist number for Columbia, titled “Me and the wife”, but this was never issued and has not survived as a test pressing. Full details of his recordings, and the lyrics to the songs, are presented below. 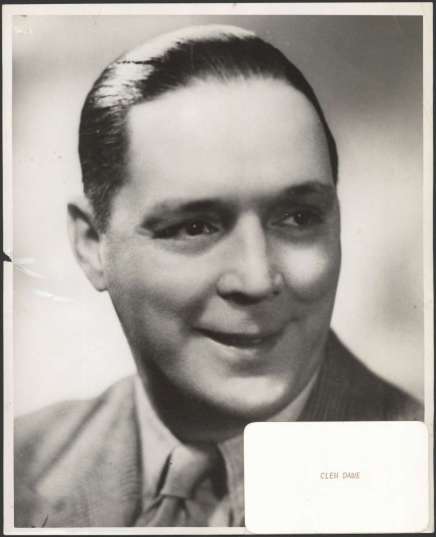 Now in novels and in pictures, you will very often see,
that a man who hates all women, well the same applies to me.
Why I hate ’em all like poison, but at last I grieve to state,
that the trouble is with me is I started hating them too late.
You see I’ve got one of my own, I’ve had her ten long weary years,
She’s always in a temper, in hysterics or in tears.
She grouses when I’m in the house, she grouses when I’m out,
I’ll have a fit if I did anything, she didn’t grouse about.
Where there’s women there is struggle, hat off in thou all alike,
and I think it’s time we hen-picked husbands all came out on strike.
You can give a woman all you’ve got then she’s not satisfied,
King Solomon kept fifty going, no wonder that he died.
You may blame the bloated capitalist for ruining the land,
But the thing that does the mischief is the woman’s gentler hand.
What’s the use of better wages, when your wife gets on the job,
Why she’d tear you close to pieces if she thought she’d find a bob.
‘Twas the same with poor old Adam, though he’d no pockets he could pick,
Still she took it out in apples and all he got was the pip.
Women tempt you when you’re single till you wish that you were wed,
When she gets you in her net, oooh you’d wish that you were dead.
We should make a law and catch ’em, when they’re at the flapper stage,
And lock ’em up in cells until they’re ninety years of age.
And the man who stood ten years of it, and still lives with his wife,
should have a military medal and be pensioned all for life.
So before I leave this wicked world, in brighter realms to roam,
Ooooh I’d like to meet the man who wrote, “there’s no place like home.”

(NB: some words and phrases could not be made out properly to be accurately transcribed).

A wife’s a blessing in disguise, that’s what the wise men tell
If my old girl’s a blessing she’s disguised it very well.
I know one day I’ll get real vexed and give her such a smack,
Still I couldn’t strike a woman, and besides she might strike back.
So what can I do, when Sue stands six feet two, I’m black and blue, but what can I do?
What can I do on lonely Irish stew that tastes like glue, what can I do?
When I see her first husband’s photograph I know what he went through.
I sit alone and moan on his tombstone, I’m number two, but what can I do?
Now when my wife’s in the house I never get a moment’s peace,
And when she’s out my troubles never really seem to cease.
I’ve put the kids to bed and try to get a moment’s bliss,
before they’ve been there very long, you’ll hear something like this:
“Daddy?” Yes Love? “I’ve said my prayers.”
“Daddy?” Yes Love? [“I’ve cut the swears.”]???
Joe’s took his pen out and he’s [bobbed Tabitha’s hair]??
“Daddy!” “I’ve just seen Max put [????] sauce in baby’s [????]
So “Daddy!” Hello? “I want some bread.”
“Daddy!” Oh shut-up…”You’ll turn my head.”
Then a voice says right I’ll do without, and tell ma what you said about her,
“Daddy!” Oh alright, I’ll come up stairs…
Now boys, a girl will make you think that she’s an angel from above,
She’ll tell you fairytales till you imagine you’re in love.
She leads you until you propose, and then she’s satisfied,
And when the fatal day comes and the knot is safely tied…
Of course she, keeps her tail up, keeps her tail up, keeps her tail up,
To the altar, she will sail up and tell the usual lies.
If you refuse to scrub the floor, the safest way is through the door.
Before she, picks her pail up, and wash the sun out of your eyes.